We had cracked open our first beer at 11am at the German Club, just around the corner from The Pretoria News. It was Friday after all, the weekend had started. It was the weekend when Northern Transvaal would win the Currie Cup for the 16th time in their history.

They’d also bury the memory of the previous year when sharing the trophy with Western Province, whose flyhalf Riaan Gous had looked to win the match with the last kick of the game, before the ball was swept off target and the whistle blew at 16-all.

Now, a year later, 5 October 1990 to be exact, we had put The Pretoria News “to bed” as was the printing jargon at the time, having started work at 4am and finished up early enough to have it on the streets by noon. The German Club was heaving.

Gerritt Erasmus, my sports editor, had his usual spot in the corner of the pub, his ashtray full of Rembrandt van Rijn stompies and a Castle in front of him. Half full or half empty? There was never an empty glass in that place and being the day before the final Gerritt was holding court. To say Gerritt was a passionate Bulls supporter would be an understatement. The Northern Transvaal Rugby Union had awarded him an official tie, with its distinctive Barberton daisy and he wore it proudly. As did the Beeld’s Quintus van Rooyen, or known locally as Quintus van Blouyen.

An hour later a messenger came down from Vermeulen Street and around the corner to the German Club to deliver that afternoon’s newspaper. Gerritt took his couple of copies, just in case he “popped in” to see Ian MacIntosh, the Natal coach, later that afternoon. The Pretoria News was unashamedly backing Northern Transvaal – which is actually the job that community papers should do with their locals. Natal? Haha, or as they’d say now, lol.

They’d been sent packing back to Durban a fortnight earlier at fortress Loftus 28-6 and the Bulls had also stuffed the Banana Boys 24-9 at Kings Park earlier that season. All they had to do, it seemed, was ensure the team bus didn’t break down on the way to Loftus, for them to be crowned Currie Cup champions.

One beer led to another and around 4.30pm Gerritt decided it was time to go home. He was “contemplating” stopping off at the New Union Hotel, opposite the Union Buildings in Church Street, to chat to Ian Mac. “Don’t do it,” was the strongest advice he got. “I’ll see,” he replied.

Around 5pm Ian Mac had called the Natal players into a meeting room inside the New Union Hotel and was starting his team talk ahead of the next day’s final, where Natal, who had never won the Currie Cup in their history, were regarded as little lambs to be slaughtered in the stampede of the Bulls.

Gerritt pulled into the hotel’s car park, stopped and walked purposely into the hotel, in jacket and Barberton daisy tie, new lit cigarette in hand and possibly a case of Castle swishing about in his belly. The receptionist told him that Ian Mac was busy “in a meeting”, but pointed out the door.

Gerritt chose to knock once and open the door. The Natal players looked at him, slightly bemused as the sports editor of The Pretoria News produced that afternoon’s newspaper with headlines about how the Bulls were going to win by a cricket score and for good measure he gave them a full and colourful opinion as to Natal’s chances.

Ian Mac let Gerritt talk. He then told his players, “Chaps, I don’t need to say anything. That’s your team talk right there.”

The next day the Northern Transvaal centre Pieter Nel injured his ankle while running out of the tunnel on to the pitch. He had to be replaced before the game kicked off. The omens didn’t look good. Still, the Bulls should win. The game didn’t go according to script, although Natal surrendered their lead as the Bulls snuck 12-9 ahead with less than 10 minutes to go.

That’s when Tony Watson sprinted down the right-hand touchline and into history. He scored a try – and was kneed in the back by Jannie Claassens as he dotted down – and Joel Stransky converted for a 15-12 lead. Referee Freek Burger awarded Natal a penalty on the centre spot at the restart and Stransky banged it over.

“It will take another 100 years for Natal to win the Currie Cup again,” said Naas Botha.

Snoekie, the queen of Pirates 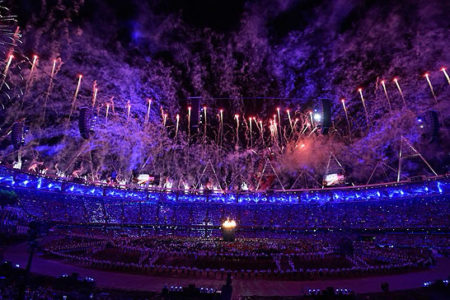 When London pushed the button and called the tunes 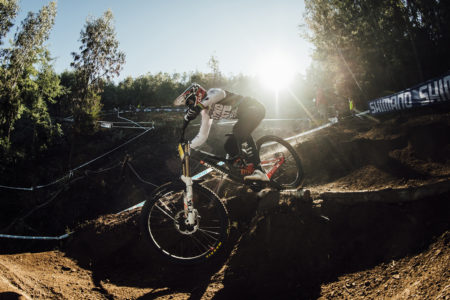 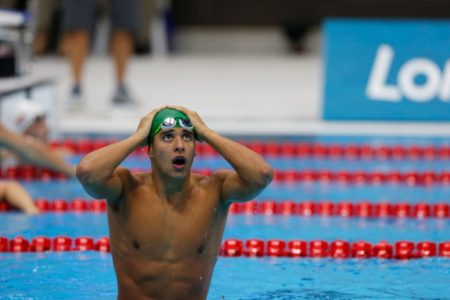