The man who sits outside La Diplomat, one of the few legal bars to be found in the Gulshan area in Dhaka, had a knowing smile on his lug when we arrived at his establishment yesterday afternoon. For some reason it reminded me of the man who loaded the bullet in the revolver for the Russian Roulette scene in that downtown club in The Deer Hunter. The smile, not La Diplomat, that is.

“Takeaway,” said colleague Stuart Hess – a nod of the head, another bullet-in-the-chamber smile, and an invitation inside the darkness of La Diplomat.

“We should have a beer just to be polite,” I suggested to Stuart. A polite man, he agreed. Manners maketh the man.

Stuart did the ordering. “Nine Hunters and one Barron to take away. Two Hunters to drink here, please.” A nod and our waiter vanished into the dark, the roaming in the gloom inn of La Diplomat. The brightest lights in the bar were the two television sets on either side showing the first quarterfinal of the World Cup 10km up the road in Mirpur. We’d just spent the early afternoon at the Sheraton, the South African team hotel, speaking to Jacques Kallis. Traffic meant we would only have got there at 5pm, so that was a no-no. The plan was thus: a quick beer, a little takeaway refreshment for our hotel rooms with which to watch the cricket (ignoring the “Alcoholic items are totally restricted” sign stuck under the glass tops of our bedroom side-tables, the latter, which, I may remind you, are listed as “complimentary” extras at the Washington Hotel) while ploughing through an afternoon of work for the machine back home. Stuart agreed. A little pause for breath is never a bad idea.

Then we met Saqui, or, to give him his full name according to his card, Mallik A-As- Saqui, Agribusiness Advisor. Saqui was the king of La Diplomat yesterday. It took a while for our eyes to get used to the I’m-not-really-drinking light of the bar and by then we’d worked out it was Saqui who making the noise of a sheep being molested. “This is the whisky!” said Saqui. “This is the sheep…. Baaaaaaaaaa!”

The afternoon drinkers of La Diplomat collapsed laughing. There’s a sense of the speakeasy about la Diplomat, but the sound of a sheep was no easy speak.

“I think we should have one more,” I told Stu. “I want to see what path this dude heads down.”

“I think you’re right,” said Stu. “It would be rude not to.” Like I said, Stu is a polite man. He caught the eye of Saqui, the eye that had the most focus. “Brother, what whisky are you drinking?”

Saqui would have leapt out of his chair if he could. He was a little chunky and a lot wasted, but he rushed at us with a smile on his face. He was a Bangladeshi by birth and residence, but he was an African at heart. He’d spent 27 years in Africa as an “agribusiness advisor”, living in Mozambique and Liberia, as well as spending time in Gambia and, off course, visiting the land of the Rainbow People.

“Johannesburg? I love it. I have been to Soweto,” said Saqui, ordering us two more beers. “I was taken to a bar there and got a little lost. Then I went to someone’s house and we had a big party, lots to drink and lots of dancing. A man in a bus taxi told me not to worry. He would take me home. And he did. You live in a special place.”

Frequently interrupted by Wahid, his drinking buddy who looked several sheets to the wind ahead, Saqui ordered us more beer and spoke about his time in Liberia. “I was offered citizenship by Ellen Johnson (Sirleaf, the president of Liberia), but Jasmine, my wife, wasn’t too sure about living there. We had five housegirls and a driver. My driver used to ask me for $5 on a Saturday to go drinking and dancing. I used to give him $20. A man should be allowed to have fun when he can.”

Saqui put his hand on Stu’s shoulder and held my hand (I was the more attractive of the two of us, after all) and leaned closer. “I will leave you now, but I need you to know this. If you need anything, you must call me. I owe your land. I stayed there for so long and it gave me so much. It gave me a good life, but more than that, it gave me love. Lots of love. I love Africa.”

Saqui looked up and shouted at the Russian Roulette man: “Beer! For the Africans!”

We drank it. It would have rude not to. 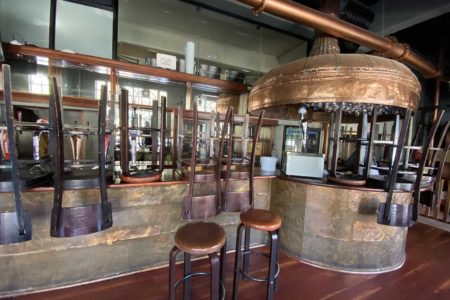 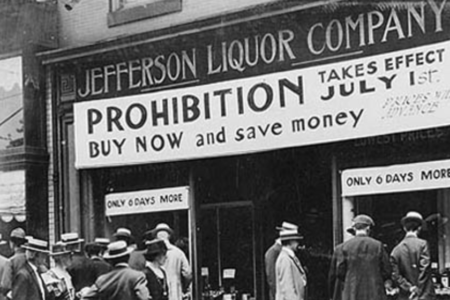 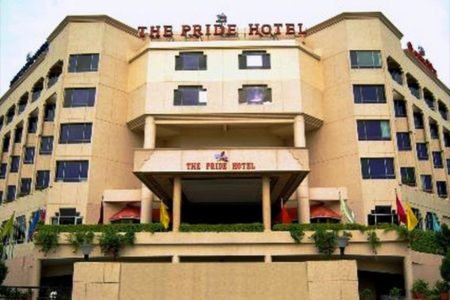